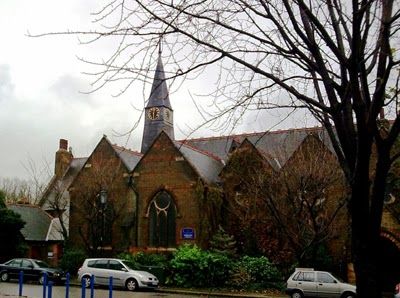 “The view across the street from Prowling Death Records Limited’s office in North London, photographed in the course of a rainy November during the early days of Triptykon.”

“Prowling Death Records was founded in early 1983 in my bedroom in Nürensdorf, Switzerland. I created it to release the first Hellhammer demos, “Death Fiend” and “Triumph Of Death”. In December of 1983, we used it as a label for the final Hellhammer demo, “Satanic Rites”. Resurrected in 2005 in the course of the re-emergence of Celtic Frost, the label became Prowling Death Records Limited in late 2009.”