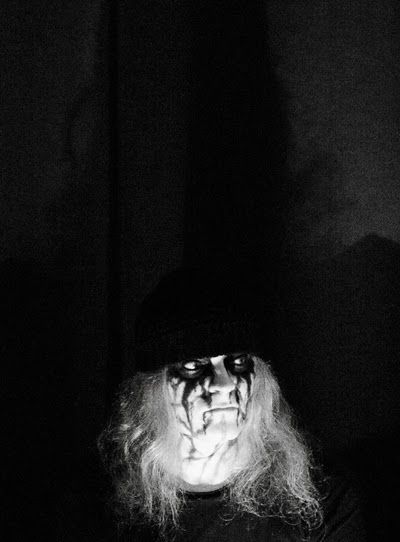 “In The Days Of Armageddon“

“In December 1983, during what I then unsurprisingly perceived as an exceptionally dark and cold winter, Bruce Day and I, at the time the sole two members of Hellhammer, descended upon a small studio located in a bunker in an equally small village near the northern border of Switzerland. Surrounded by extended orchards which, at that time of the year, appeared as rigid as stone, bare of leaves, frozen, and covered in snow, we began recording Hellhammer’s third and final demo, Satanic Rites.”

“We were inexperienced but utterly determined and fanatic. It was an extremely significant event for the group, as all our hopes for the future hinged on this demo. It was to provide evidence of a band undergoing a considerable transition. Just how important this document of the band’s musical state would actually be, however, we could have never known at the time. It would change no less than everything.”

“That change, inconceivably, still reverberates. Triptykon’s very inception, and perhaps more poignantly the manner in which said inception occurred, are by necessity still coupled to the events that unfolded during those mythical days. What’s more, exactly three decades after the recording session described above, I am writing these words again in a bunker, not too far from Hellhammer’s former rehearsal room, while recording Triptykon’s second album, Melana Chasmata.”

“It is probably impossible to escape such thoughts when walking home from the sessions late at night, as the freezing fog extends down to the very ground, obscuring anything further away than a handful of steps. The roots of the music we are working on, albeit evolved substantially, are as unmistakable as they are inevitable. The darkness of this new album, and the darkness of this nightly scene; how closely do they match scenes I have lived through before.”