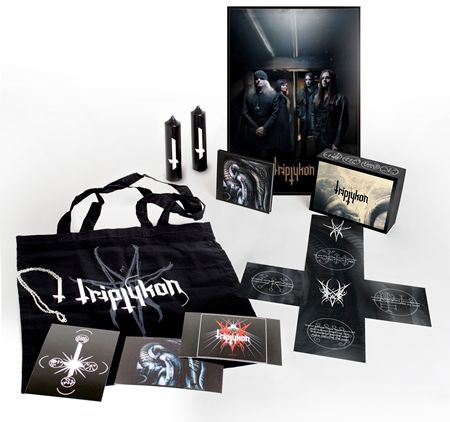 The box set will be limited to 2000 copies worldwide.

Tom Gabriel Warrior: “Some time ago, I voiced my personal disapproval regarding the original concept for the planned Triptykon Melana Chasmata box set as scheduled for release by our licensing partner, Century Media Records.

“It is to Century Media Records’ credit that they listened and subsequently approached me to address my misgivings and create a box set that represents the group’s ideas and intentions far more comprehensively. I am grateful for such an open and creative collaboration, and I deeply respect Century Media Records for sparing neither effort nor expenditure to please Triptykon and the band’s audience.”

“I wish record labels would have acted like this in the 1980s.”