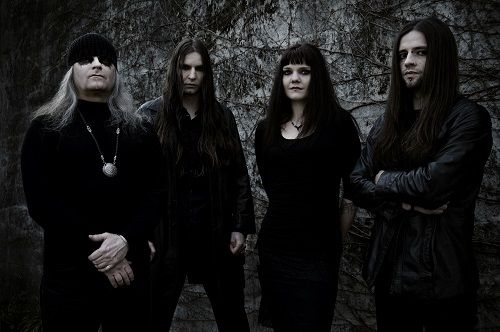 We feel proud and delighted to be able to announce further details regarding Triptykon’s appearance at the 2016 edition of the legendary Wacken Open Air, the world’s largest metal festival.

Triptykon, the highly acclaimed group formed by former Hellhammer/Celtic Frost singer and guitarist Tom Gabriel Warrior, are scheduled to perform an exclusive set on one of Wacken Open Air’s two main stages, the Black Stage, on Saturday, August 6, 2016, at 9 pm. In anticipation of this concert, the group’s second major appearance at WOA and Tom Gabriel Warrior’s second return to one of Wacken’s headline stages since Celtic Frost’s legendary performance of 2006, Triptykon will play two intimate warm-up concerts in Germany in the week before the festival.

Join us and witness the inimitable amalgamation of darkest heaviness and delicate beauty as only Triptykon are able to unleash it.