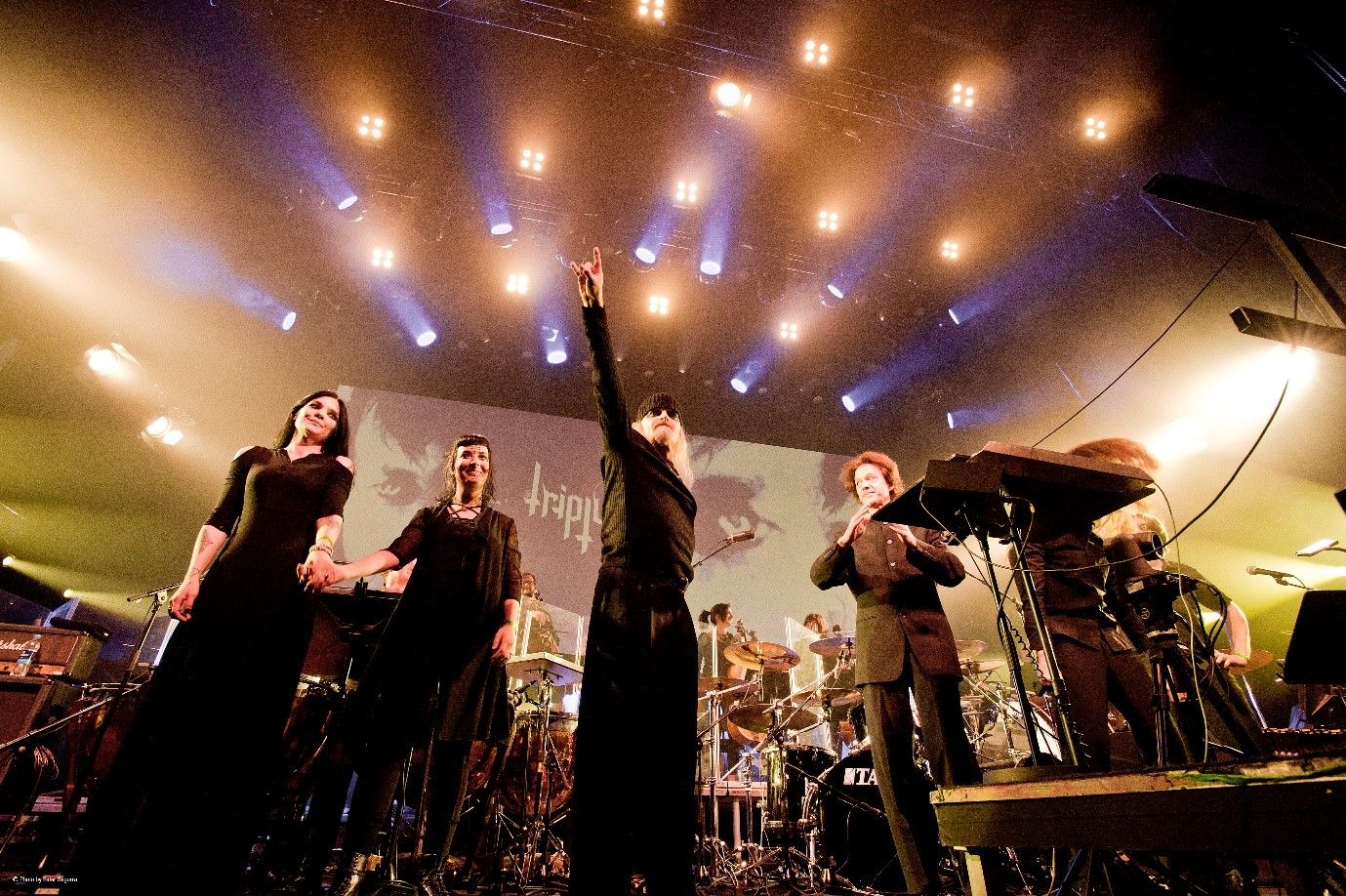 Avant-garde extreme metal act Triptykon have just issued their “Requiem” release worldwide via Prowling Death Records / Century Media Records. And “Requiem” has not only received high praise by media outlets and fans alike, but upon release also managed to impressively enter the official sales charts in Germany on position # 10 as well as in their home country of Switzerland on position # 9.

Triptykon checked in with the following comment: “We feel deeply honoured about these news, not least due to the truly unique spirit of this project, its history that extends over three decades, and the rather non-commercial and dark nature of its subject matter, duration, and music. At the same time, we are fully aware that we owe the current international success of the “Requiem” in its entirety to our audience. It is them who are making this possible and who, once again, embrace our music and efforts with so much love and dedication. We are truly infinitely grateful for this.”

“Requiem (Live at Roadburn 2019)” marks the exceptional conclusion of a project over 30 years in the making: The legendary Celtic Frost/Triptykon “Requiem” performed for the first time in its entirety and with full classical orchestration by the Dutch Metropole Orkest.

The video for “Rex Irae” can be seen here: https://youtu.be/escCZX8kORs

This unique and groundbreaking release comes in various formats:

The initial and limited Gatefold LP + DVD release will come in the following editions and limitations:

Triptykon with the Metropole Orkest – “Requiem (Live at Roadburn 2019)” is available in its various formats here: https://triptykon.lnk.to/RequiemLiveAtRoadburn

Or order it in its physical formats directly from CM Distro Europe here: https://www.cmdistro.de/Category/Requiem/173?Page=1&PageSize=25&Sort=13